The Atlanta Hawks think of themselves as an entertainment company, just as much as a sports team. As a key part of the overall entertainment experience, the home game opens needed to hype-up the crowd while conveying the Atlanta Hawks story and brand. As a court projection, they needed to take full advantage of the arena context. We created two opens for the ‘17-’18 season, Center Court and Live From Downtown.

In Center Court, we visualized the energy of the team emanating from the court, infusing downtown Atlanta, and becoming a focal point for the players. Act One begins with the energy dancing around the court until the court breaks open. Act Two reveals a hawk’s eye view of a dive into downtown Atlanta. Once downtown, we move through an energy infused, abstracted vision of a dance party, starring Harry the Hawk and the Cheerleaders. In Act Three, the energy is concentrated into a basketball locked in center court. The pulsing energy illuminates the players as they fly in and out of the frame. A custom track by Dynamite Laser Beam roots the piece in the Atlanta hip hop sound and builds to a finale where the ball is slammed into center court causing the logo and tagline to explode onto the court. 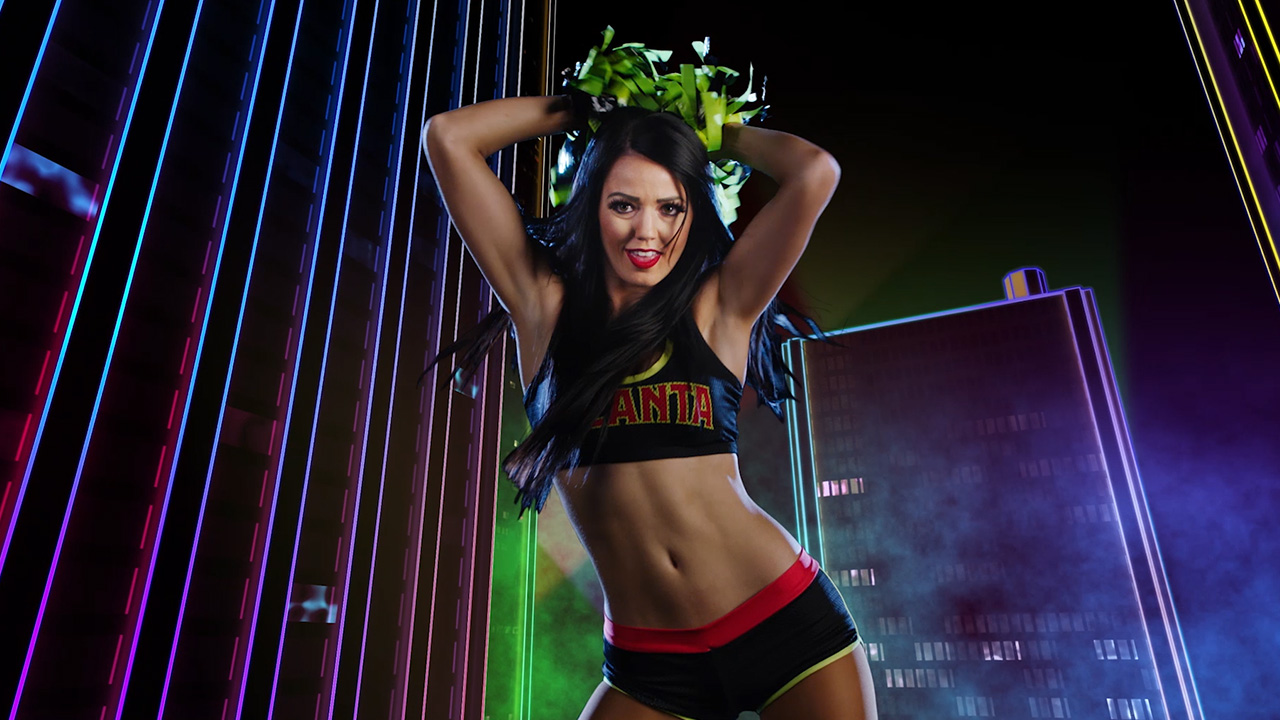 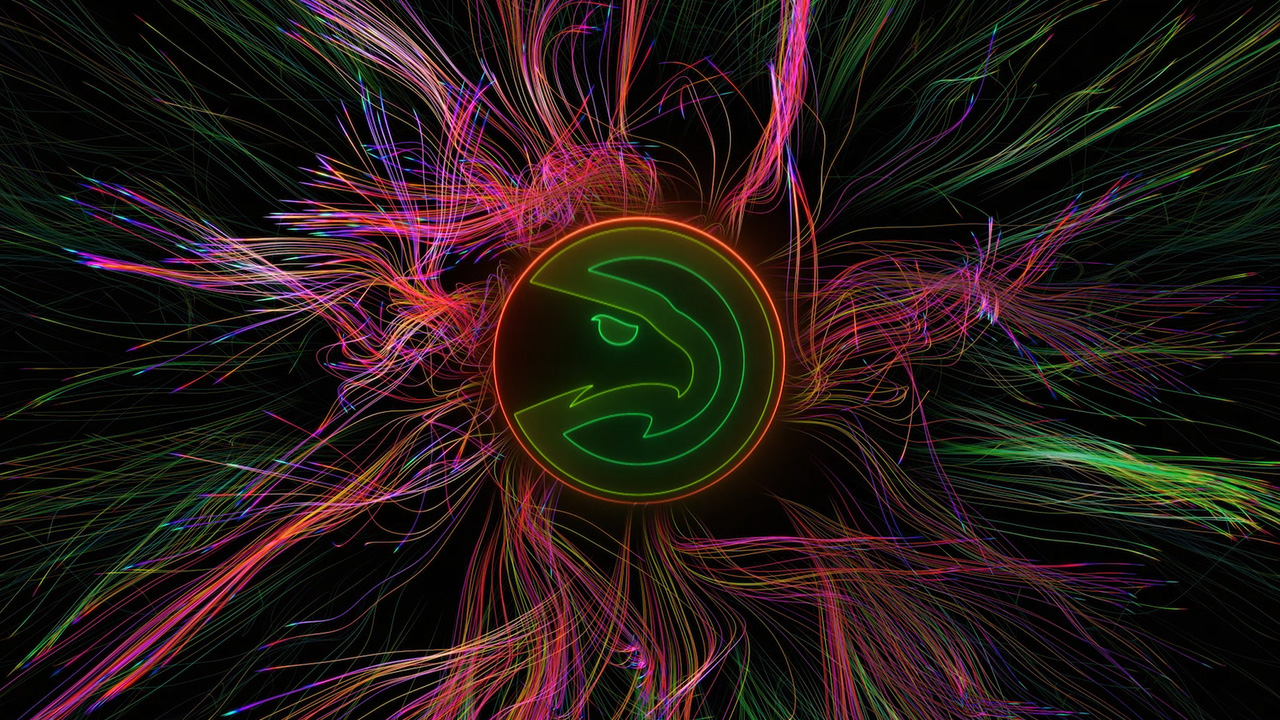 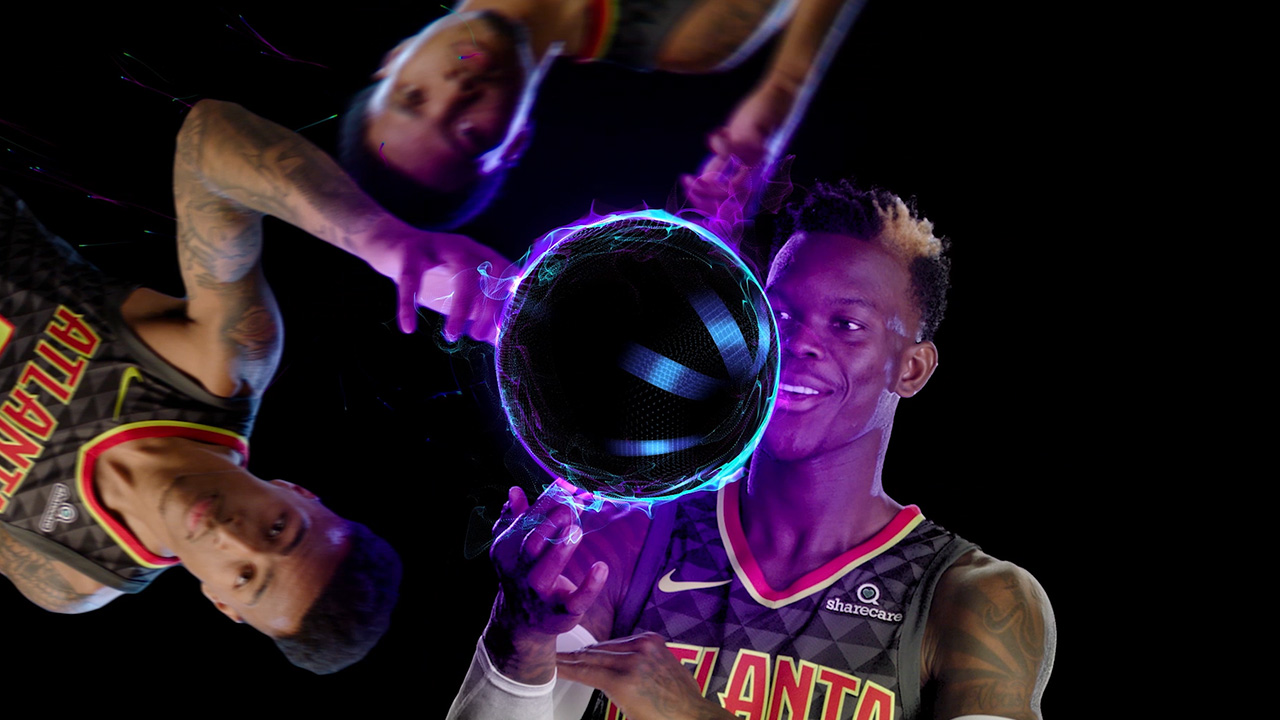 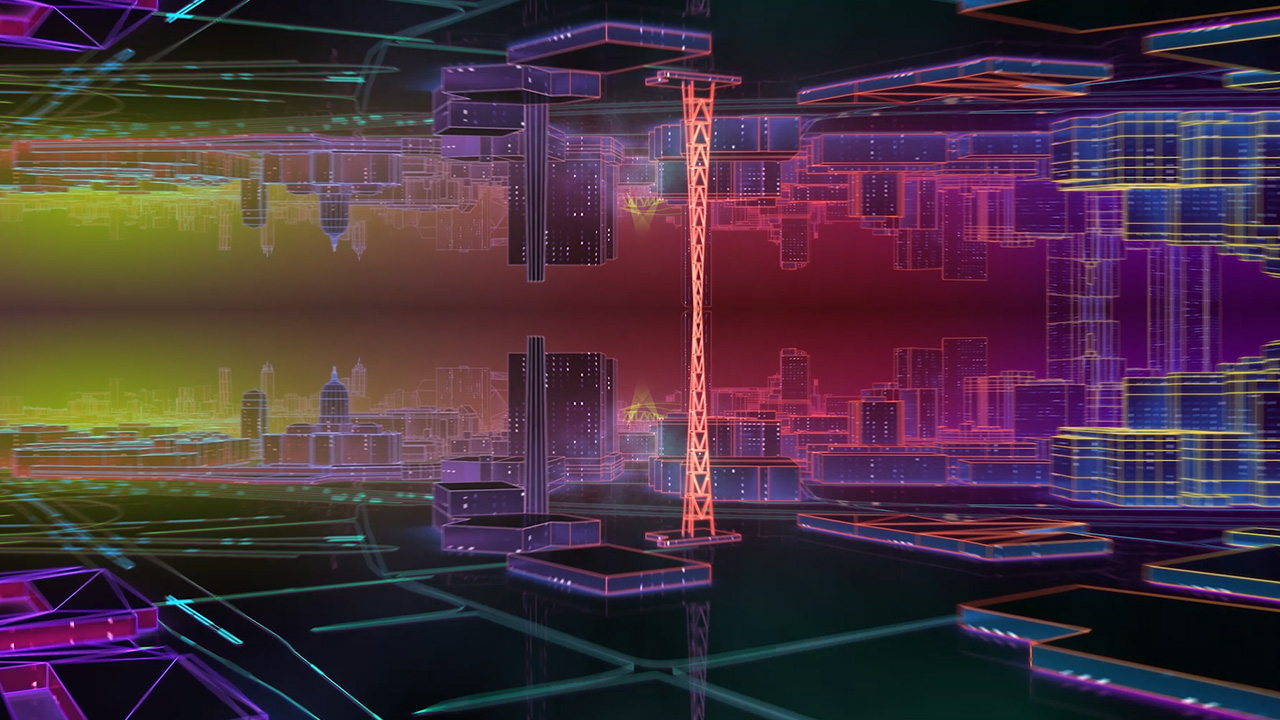 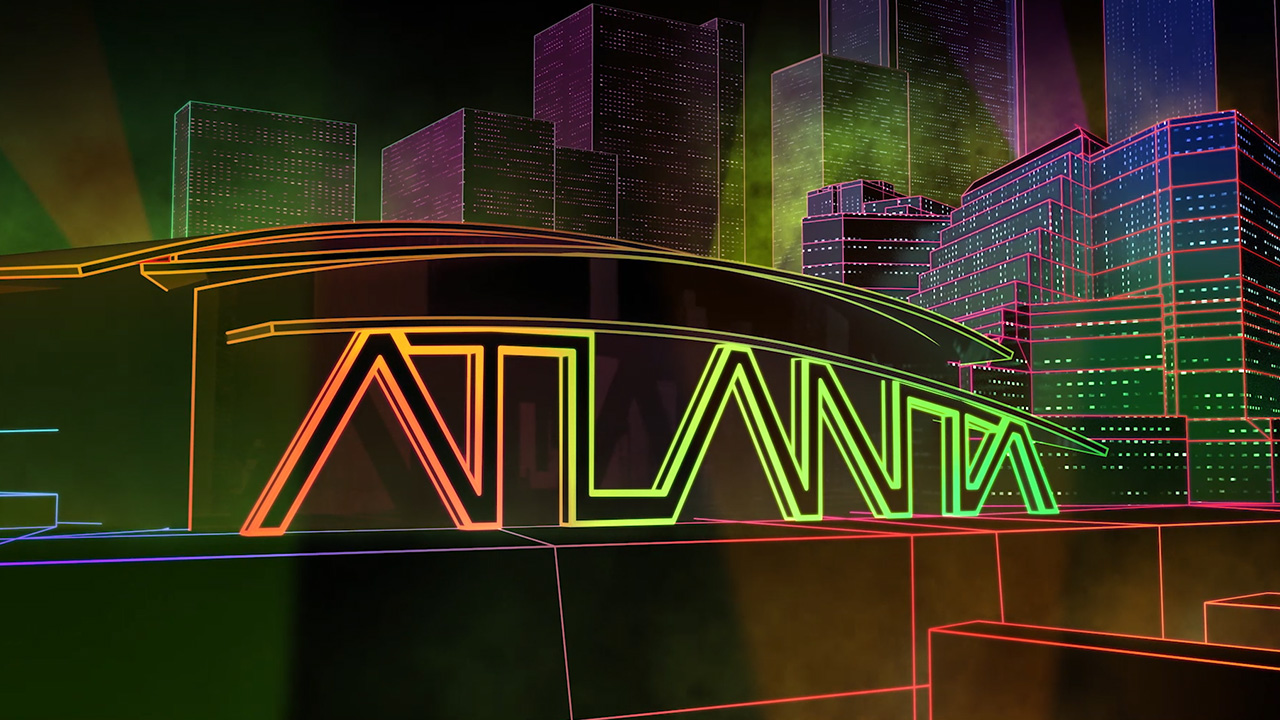 Live from Downtown, takes a much more editorial approach, focusing on a young team that’s an essential Atlanta experience. Act One kicks off with some “floor tricks”, creating the illusion of the court folding in on itself like a puzzle. Act Two reveals a hawk’s eye view of Atlanta, where three cheerleaders dance high above Atlanta on top of floating energetic basketballs. Act Three dives into a fast-paced edit of graphics, images of Atlanta and the players. Different versions of “Live From Downtown” create a mantra, punctuating the edit as it builds to an explosive finale. 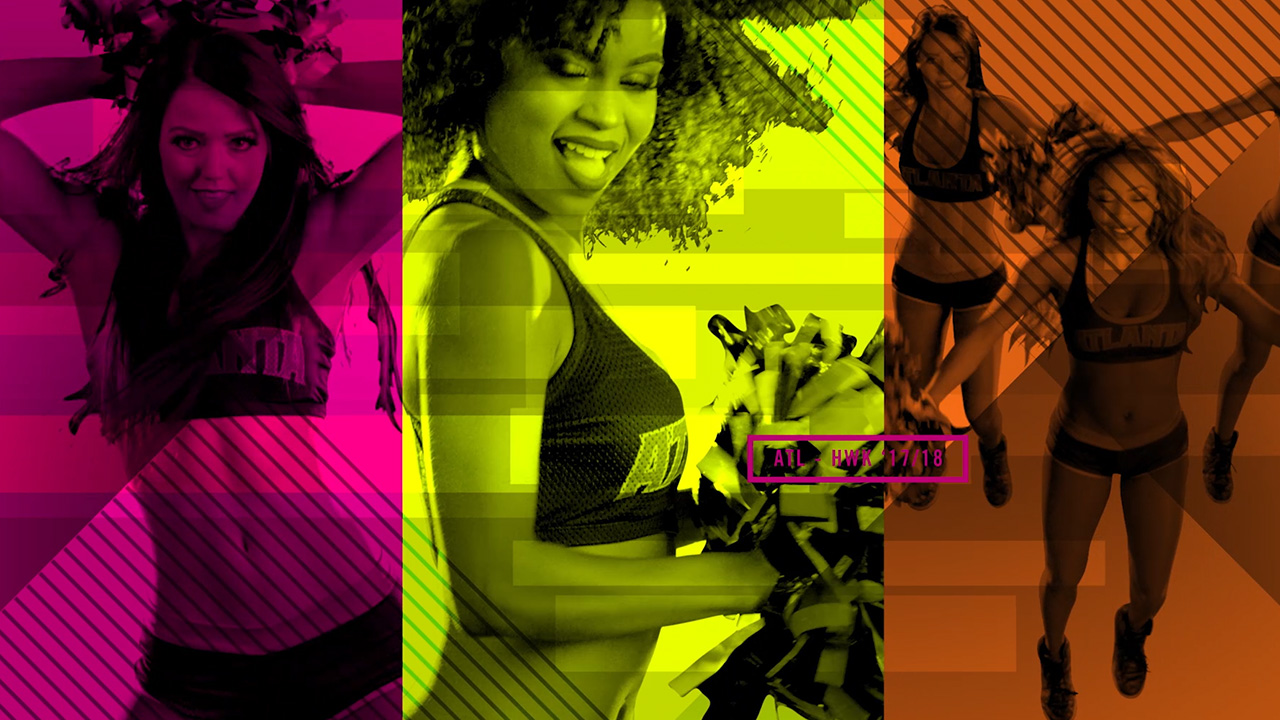 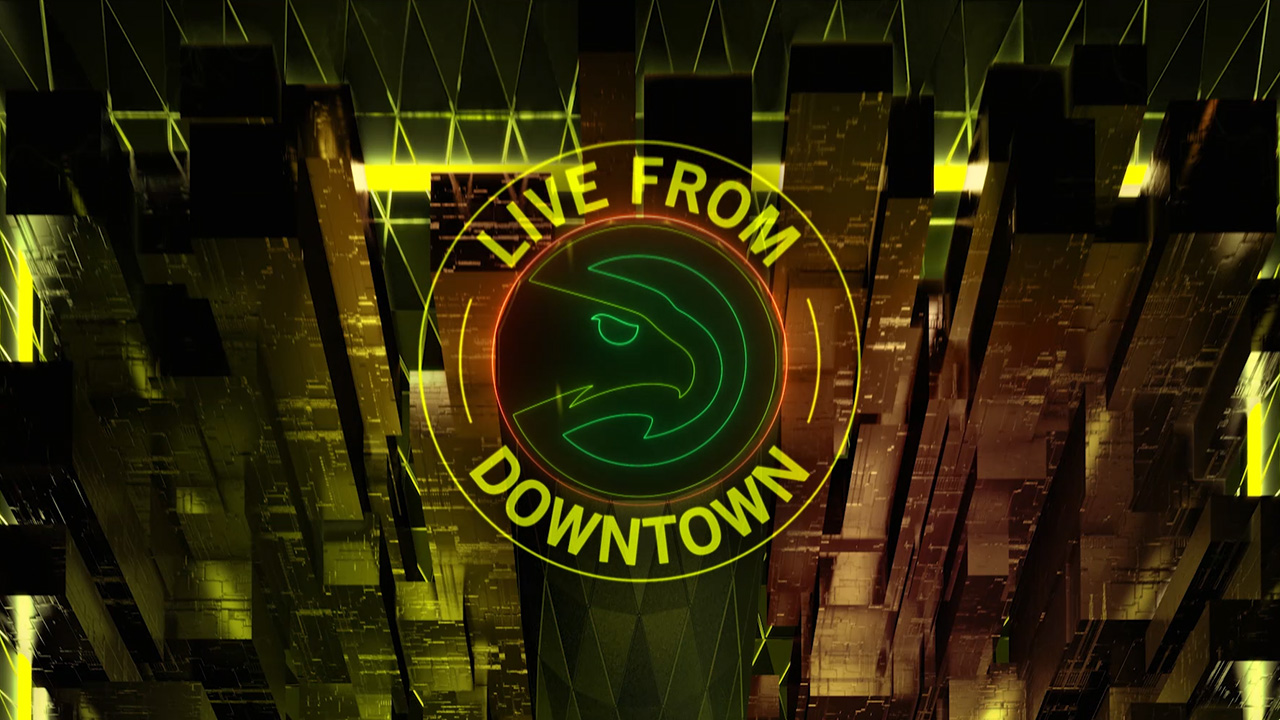 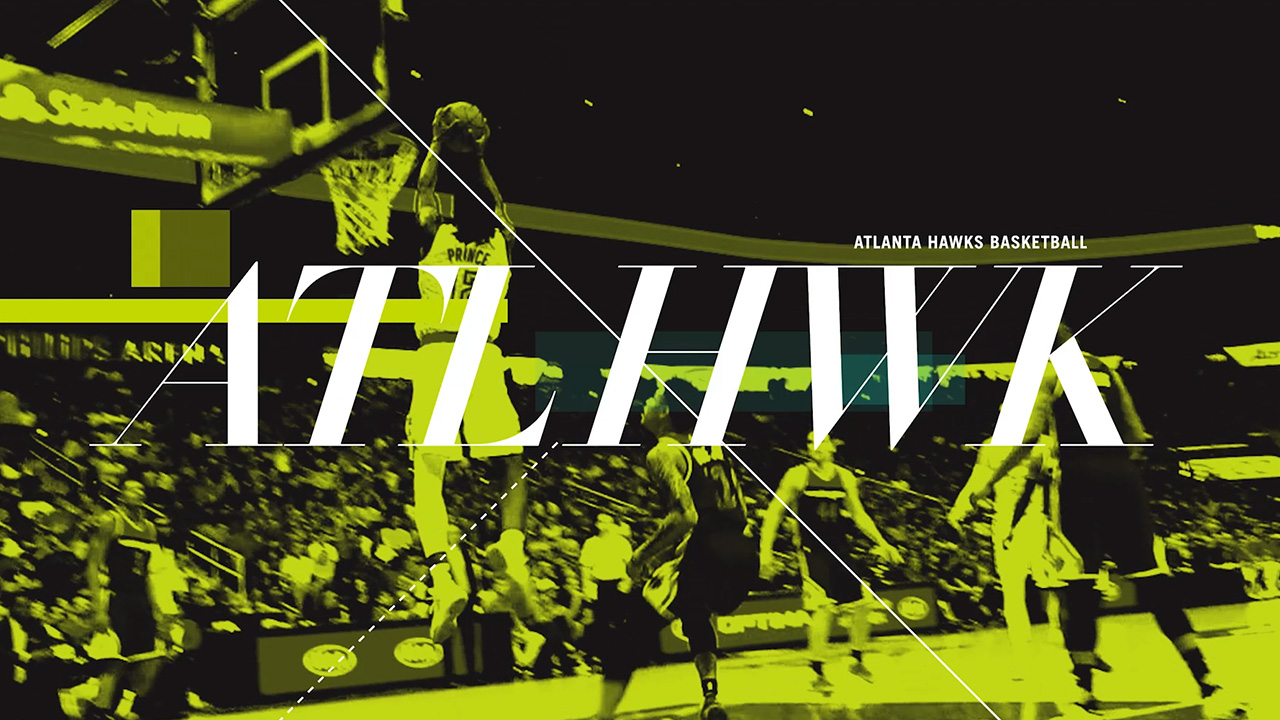 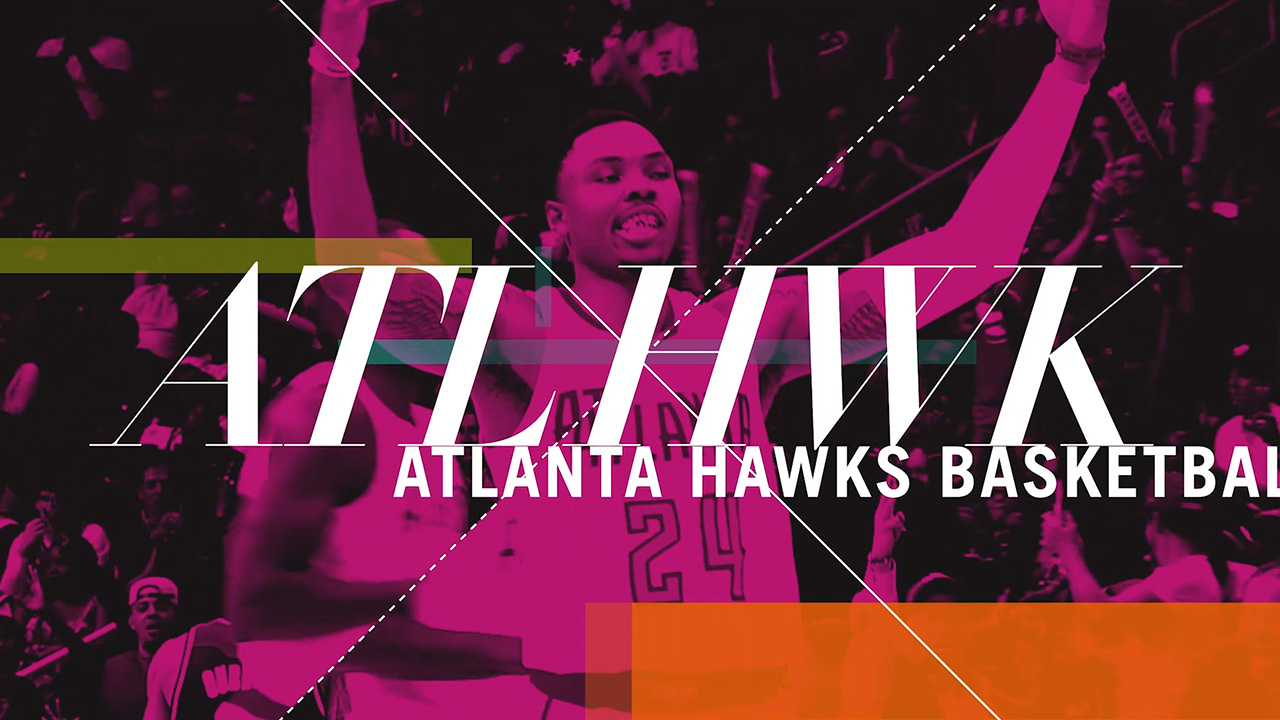 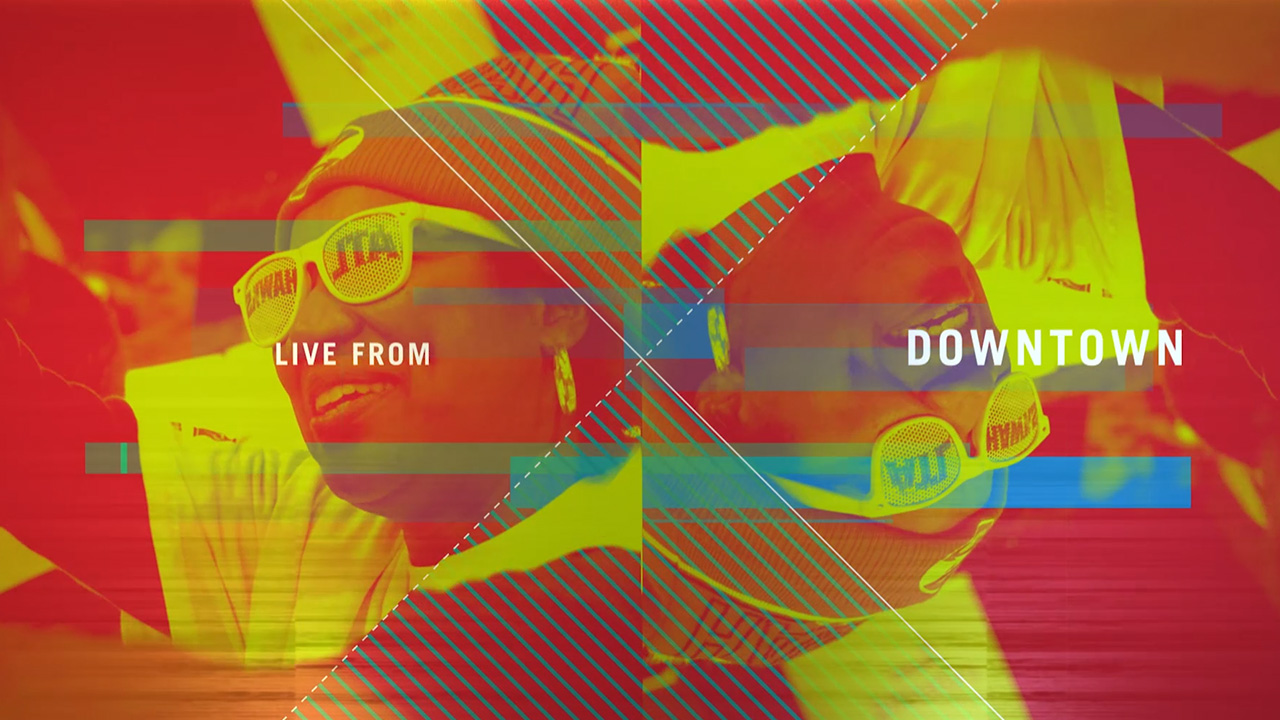 In both court projected opens, it was an opportunity for us to think and create on a massive scale, with challenges not found in any other format. With all the lines and logos, the court itself is an imperfect projection surface. Colors needed to be adjusted to compensate for the wood grain. The viewer’s unique vantage point needed to be accounted for with images that would appear stretched when viewed straight on, but would appear normal when viewed from the stands.

The scale of the image is literally the size of a basketball court, but it plays to a massive arena audience, with plenty of distractions. We had to grab their attention and amp up their excitement so that by the time the players are introduced the crowd is already going wild. And when it came to sound design, it was all about that bass - massive amounts of bass.